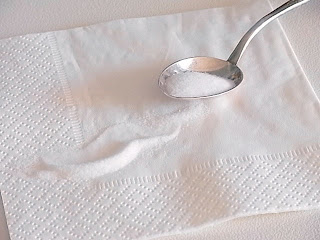 Have you ever had problems with cakes and muffins that did not rise?
There are a few things you should keep in mind when baking, depending on what kind of leavening you are using.
Unlike yeast which takes time to make the dough rise and the most common reason for bread not rising is because you didn't wait long enough, baking soda and baking powder act quickly, and you really shouldn't leave the batter lying around. Joy of Baking estimates that baking powder can be left lying around for 15-20 minutes, but a batter with baking soda has got to go into the oven immediately.
First rule: Turn the oven on before you start mixing and weighing things and making the batter. That's why good cookbooks will tell you to preheat the oven to xxx at the very beginning.
Baking soda is four times stronger than baking soda and has a faster reaction time than baking powder, which means that there's more urgency to putting the batter into the oven faster.
Second Rule: Baking soda needs an acidic environment so that it can activate. If you're making a recipe with baking soda, don't replace acidic ingredients with those that aren't. For example, if it calls for buttermilk, don't replace it with plain milk unless it's gone sour and nobody wants to use sour milk in their baking. You can however replace it with milk mixed with lemon or yogurt which are acidic.
Acidic Ingredients: Honey, Natural Cocoa (not dutch processed), Sourdough*, vinegar, Citrus Juice, Sour Cream, Honey, Molasses, Brown Sugar, Fruit, Maple Syrup, etc.
Third Rule: Last but not least, make sure you whisk all the dry ingredients or sift them so that the baking soda or baking powder gets distributed evenly.
For more detailed information, please refer to Joy of Baking.
*When I made the Sourdough Chocolate Cake from King Arthur Flour, I used cocoa that was probably Dutch processed. Although the recipe tells you not to do so, I pretty much counted on my sourdough being acidic enough, and it was. However, should you make a chocolate cake without sourdough and the recipe calls for cocoa that is not Dutch processed, I'd make sure the cocoa is the right kind as there would be no sourdough to make the batter acidic. That, or you can replace some other ingredient with yogurt or sour cream.
Posted by Murasaki Shikibu at 3:10 PM

very interesting ... I knew you had to act fast when using it, but not the thing about acidity :)
I think I learned (in school) that the baking soda was if you wanted things extra crispy and that's why you add it to the pancake batter ...

PS: I made sour dough bread yesterday and it was veeeeeery nice :D

Dorte: I'm pleased to hear that 'Zlatan' behaved and did his job!

thanks for the VERY INTERSTING info !!
pierre de PARIS